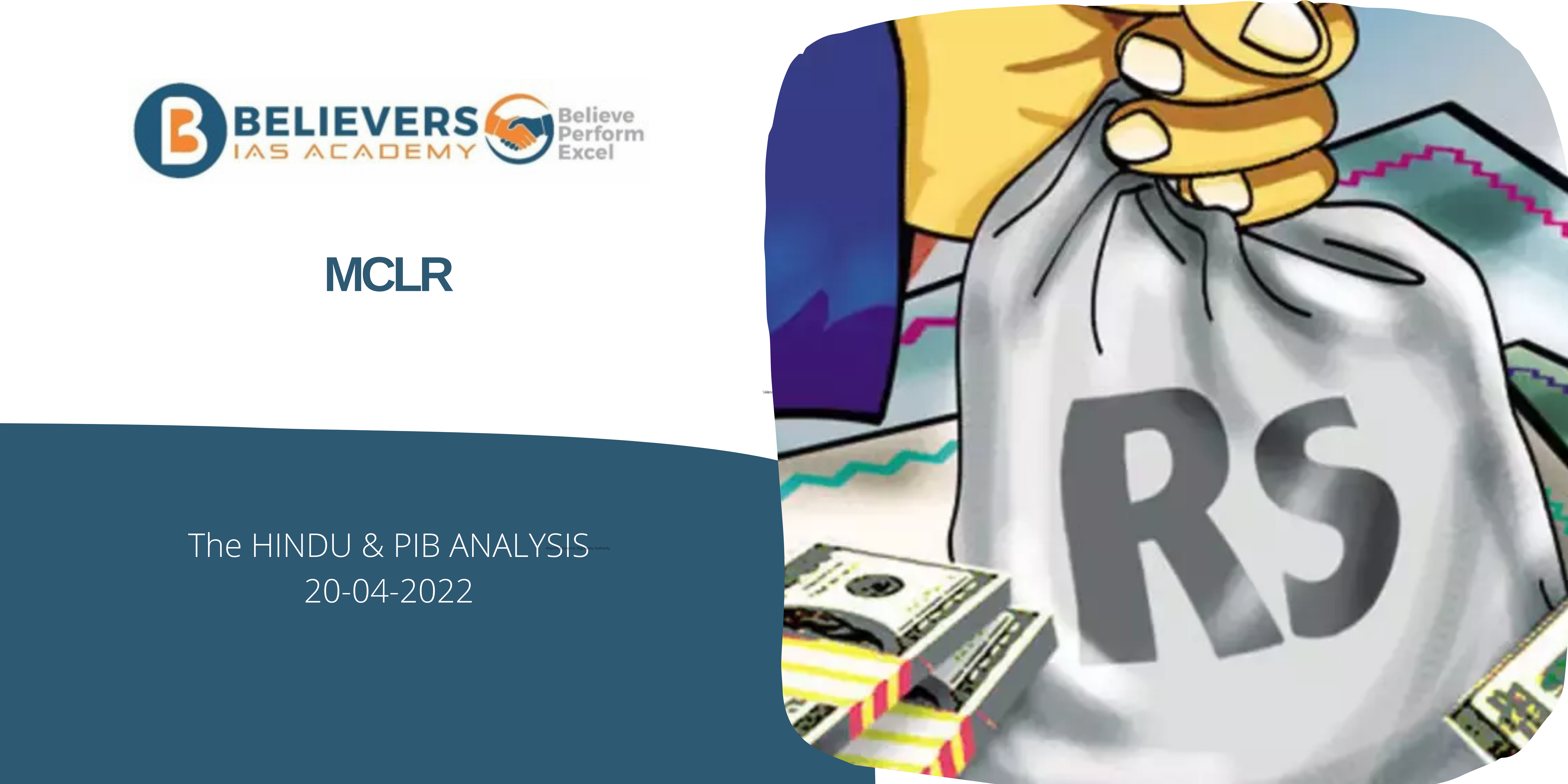 • State Bank of India (SBI), India’s largest commercial bank, recently raised the marginal cost of funds-based lending rates (MCLR) for the first time in three years, signaling that the soft rates regime that has prevailed since 2019 may be over.

• The Marginal Cost of Fund based Lending Rate refers to the minimum interest rate a bank must charge for lending. The bank cannot grant any loan below that rate, except in certain cases permitted by the Reserve Bank of India (RBI).
• The MCLR now serves as a benchmark and was introduced to counter the base rate system. It has been in effect since April 1, 2016, for all the categories of domestic rupee loans. Simply put, starting from April 2016, interest rates for every single loan, irrespective of the category, will be governed by the MCLR.
• The MCLR is determined by the current cost of funds, in contrast to the base rate, which is governed by the average cost of funds.
• The MCLR was introduced by the RBI because rates based on this system are more receptive to the changes in the policy rates.
• This also ensures that the country’s monetary policy is implemented effectively across all spheres.
• As a result, the MCLR ensures that the lending rates of banks reflect the policy rates. Moreover, it also provides transparency in the procedure followed by banks to arrive at interest rates on advances.