• Vice-President M. Venkaiah Naidu recently stated that there was a need to amend the anti-defection legislation in the country to plug existing loopholes. 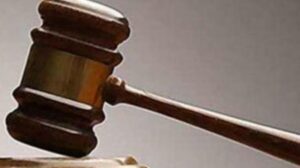 • Individual Members of Parliament (MPs)/MLAs who desert from one party to another are subject to the anti-defection law. In 1985, it was added to the Constitution as the Tenth Schedule. Its goal was to keep governments stable by deterring MPs from switching parties.
• The Anti-Desertion Act, also known as the Tenth Schedule, was enacted into the Constitution via the 52nd Amendment Act, 1985, and provides for the disqualification of elected members for defection to another political party.
• It was a reaction to the overthrow of various state administrations by party-hopping MLAs following the 1967 general elections.
• It does, however, allow a group of MPs/MLAs to join (i.e. combine with) another political party without facing a defection penalty. It also makes no distinction between political parties that encourage or accept defecting legislators.
• Under the 1985 Act, a ‘merger’ was defined as a ‘defection’ by one-third of a political party’s elected members.

After the 91st Amendment Act

• However, the 91st Constitutional Amendment Act of 2003 modified this, requiring at least two-thirds of a party’s members to support a “merger” for it to be valid in the eyes of the law.
• Members disqualified under the statute can run for a position in the same House from any political party; • Questions of disqualification on the basis of defection are referred to the Chairman or Speaker of such House, and the decision is subject to ‘judicial review.’
• However, the statute does not provide a time limit for the presiding officer to make a decision in a defection case.